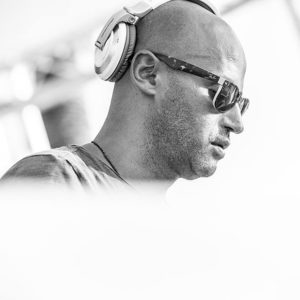 Giuliano A.L. is an Italian DJ and Producer who brings his own style to Deep House and Techouse and loves to display his passion for a variety of musical influences.

This goes a long way in filling his sessions with different musical orientations. Giuliano hails from the small village in southern Italy, where his love for music was evident even as a child.

At age 14 began doing some casual DJ sets in local disco “Mythos” and there after he became the resident DJ running both Saturday nights and Sunday afternoons for more than a decade. This gave him the opportunity to meet many popular Italian DJ’s who influenced both his motivation as an aspiring DJ and on his musical taste. He kicked off playing revival music, afterwards moving on to house, underground and tribal.

This progression was key in his personal style as the crowds really showed their appreciation for his sound, some describing the vibe he gives a set as “kind of magical”. Giuliano’s appeal grew and took him to some bigger venues across Italy and in 2002 the opportunity arose to play in Switzerland (with Italianhousemusic). Here he played with International DJ’s such as Victor Simonelli and was widely sought after by the crowds for his music.

After few years off the scene, Giuliano is back with his magical touch and his love for music. While based in Dublin he ran a radio show every Thursday on tonikradio which broadcasted on local fm radio and can be heard globally via internet. His was a popular slot that received much praise from fans via facebook. His Irish gigs were held in popular haunts such as: POD, Crawdaddy, Chocolate Bar, The Southwilliam and the Mezz. Over the pond Giuliano has also played at BPM (Europe’s biggest event dedicated to DJing) in Birmingham UK. Living now in Ibiza Giuliano is working hard to continually grow his fan base in Europe. He dedicates all of his time and passion to his music.

Winter 2011/2012 has seen Giuliano’s name featured in some intimate and classy popular Barcelona venues such as the “Members Only” night in the wonderful Ornina as well as at Clearnights in hotel ME.

As a producer he has released on label like Go Deva Records, Tonspur Records where he released an Ep and remixes and tracks. Summer 2014 saw him mixing the Hotel Es Vive CD 10 year anniversary, along with Iban Mendoza.

In Ibiza he has been covering residency in place like Café Del Mar, Hotel Es Vive, Ocean Beach Club, Kamasuhi Ibiza ,Savannah Ibiza , Pearl and has been a regular guest in El Hotel Pacha and Keeper Ibiza.

Other place where he has been djing in Ibiza are : Pacha Ibiza, Pikes Hotel, Sands Ibiza, Sushi Point, Mish Mash

Radio Hotel Es Vive in cooperation with ibiza Sonica Every Friday From 21.00 till 22.00 CET Time  www.hotelesvive.com/en/hotel/radio.html