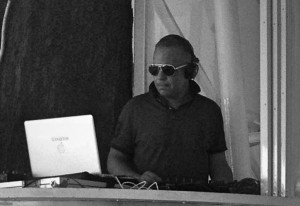 Power K remained in that job for two years and played in some of the most popular clubs of the time like the Sphinx Martigny or the famous New Sam Villars and the River Club in Vevey.

In 2012, his friend Georges Dufresne’s manager asked him to come and mix at the now famous Versace Phuket. He rapidly became the Official DJ of the Club Lounge, also mixing in other places in Phuket like the famous Catch Club on Surin Beach and Diamond Beach Club , not to mention the Legendary BLOW VIP at Club Seduction in Patong.

In 2013, Power K mixed in several Club Verbier, the Red afterwork, the famous Nelson Pub and the equally famous Why Not.

Recently Power K met Mr Mike and together they mixed a double cd titled DAY & NIGHT for Le Versace Phuket and collaborated for the afterwork TRALALA in Montreux, In 2014, sees continued collaboration with Mr Mike for the winter games in Gstaad with Dj GUZ and Olivier Sax.

He is currently mixing at club nights travelling between Thailand and Switzerland.